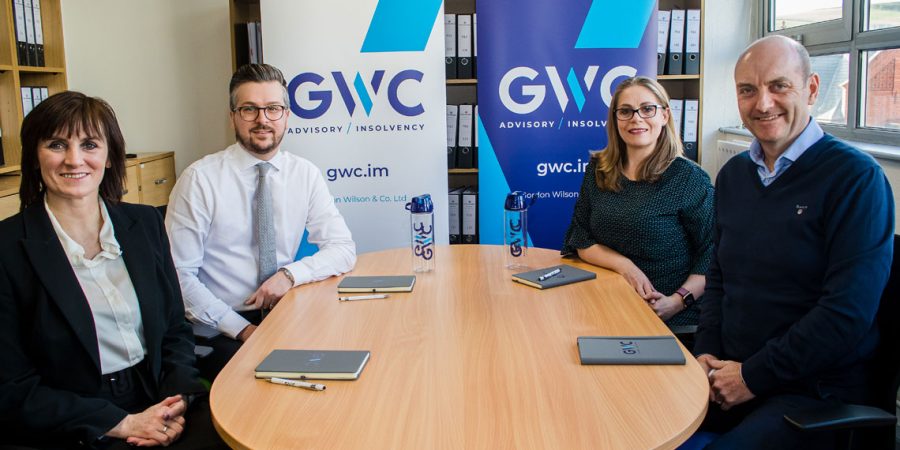 Gordon Wilson, who is well-known and respected in the Island’s business community, is GWC’s Managing Director and sole owner of the company which has a new business focus that’s reflected by the stylish GWC brand.

He thanked everyone who had contributed to the launch, and added: “We’re looking forward to working with existing and new clients as we set out on a new era for the business which creates many opportunities. With a great team of highly experienced and qualified professionals who have a significant local and international business experience, we have an exciting journey ahead of us.”

GWC’s advisory services cover strategic and governance advice, shareholder disputes, corporate simplification/reorganisation,insolvency, forensic accounting, regulatory intervention, and director conduct. The company’s insolvency services cover pre-liquidation, and members’ and creditors’ voluntary liquidation, as well as court appointed liquidaton, and as an inspector who can be appointed by stakeholders of Isle of Man companies under rights granted by the Isle of Man Companies Acts 1931 and 2006.

After a successful career in insolvency with big 4 firms in the Cayman Islands and the Isle of Man, Gordon Wilson co-founded CW Consulting in 2016 as a joint venture with law firm Callin Wild. After acquiring sole ownership of the business in 2020, Gordon now leads the GWC team which includes Director Kathleen McGhee, plus Advisory and Insolvency Managers Yvonne Dermott-Weir and Martin Wilman. GWC continues to operate from offices at Victory House on Prospect Hill, Douglas.

Due to the lockdown, plans to host a party to celebrate the launch have been postponed until later in the year.

The GWC team, left to right are, Kathleen McGhee, Director; Martin Wilman and Yvonne Dermott-Weir (both Advisory and Insolvency Managers); and Gordon Wilson, owner and Managing Director. The photo was taken before lockdown when there were no social distancing restrictions.